I Love Mythology – A Guest Blog by Author Steve McHugh 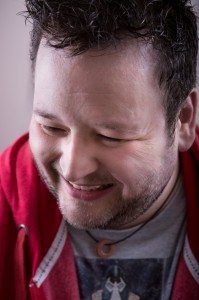 Bio: Steve’s been writing from an early age, his first completed story was done in an English lesson. Unfortunately, after the teacher read it, he had to have a chat with the head of the year about the violent content and bad language. The follow up ‘One boy and his frog’ was less concerning to his teachers and got him an A.
It wasn’t for another decade that he would start work on a full length novel that was publishable, the results of which was the action-packed Urban Fantasy, Crimes Against Magic.
Steve McHugh lives in Southampton on the south coast of England with his wife and three young daughters. When not writing or spending time with his kids, he enjoys watching movies, reading books and comics, and playing video games.

I love mythology. I find it fascinating, exciting, interesting and more than a little weird. And I don’t think I can emphasise that enough. Mythology is weird. Some more than others, but all of it deals with the fantastical and some of it feels like the random assortment of ideas that someone once wrote on a brainstorming session and was found years later by someone else who thought it would make a great story.

I’ve always enjoyed mythology, ever since school, when we did work on the ancient Greeks and Romans, the idea that there were all these gods, goddesses and monsters that the people at the time believed in, was something I wanted to learn more about. To be fair, that whole time period was very interesting (mythology or otherwise), and it woke a love for learning more about these creatures of power who people prayed to or feared, sometimes in equal measure.

When the idea for Crimes Against Magic started to bounce around my head, I knew I wanted to use mythology. It was such an absolute certainty that I couldn’t envisage the story without it. First I had to think about what mythology to use, which became quite hard work. A lot of books only use Greek mythology in their novels and I wanted to do something different.

The solution was fairly simple in the end. I decided that all mythology was real, or at least that the characters were real. Okay, there were some, like Roman and Greek, which I decided were basically the same people who had changed their names so as to still hold onto that power that they’d enjoyed for so long, but for the most part the mythological characters were all going to be real.

I’d decided that in book 1, so as to not confuse people with a mass of different names, that only ancient Greek and British mythology would be used. I plan on introducing the rest during the series, but wanted to keep it simple in the beginning. Then I came to another problem. Most of the mythological stories are batshit insane.

Zeus seducing people in various animal guises, people having sex with their sisters/brothers/parents/various other weird stuff, and that doesn’t even start on those born from someone else’s head or bones or such. I wanted to ground these stories in reality, I planned on using magic in the story, but the magic I wanted to use was much less all other the place than what is used in the original stories, where what they can do appears to change depending on what the situation is.

So I came to a realisation that to get around that I had to give each of these characters a basis in my created world. After a lot of playing around, I thought I’d come up with good (and in many cases, obvious) ideas. Merlin was a sorcerer, Hades a necromancer, things along those lines.

That only left me with the problem of the stories themselves. Some of the main characters don’t exactly come across as sympathetic; the myths regularly had the characters kidnap, rape, murder and act like spoilt children on a number of occasions.

So, the presidential elections of 2008 to the rescue, I came up with an idea. Propaganda. They didn’t have TV back when these myths were created; they had stories and rumours passed from one person to the next. I decided that those myths, although they would have truth somewhere inside it, were twisted and used against someone. So instead of Hades kidnapping Persephone and taking her as his wife against her will, I changed it to Demeter (Persephone’s mum) making the story up because she was so angry that her daughter had run off with someone she disproved of.

It was endless fun (and still is) to make changes to the stories so that they fitted the viewpoint of the person telling them. (I mean, basically they were propaganda anyway, told by people to make their gods sound more impressive, and other gods sound less… well, godly.).

That’s why I love mythology so much. Despite the stories we all know, there’s so much leeway to interpret them, much like people have been doing ever since they were created and told for the first time. 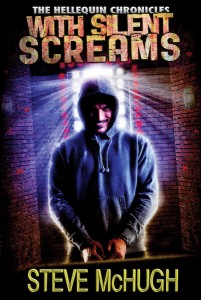 His name is Nathan Garrett, but he’s also known as Hellequin. And murdering one of his friends and trying to blow him up is a good way to get this centuries-old sorcerer’s full attention…

An old friend’s dead body, a cryptic note, and an explosion that almost costs him his own life propel Nate headfirst into a mystery involving a new threat from an old foe. Now he must piece together the connections between a grisly series of tattooed murder victims, an imprisoned madman, a mysterious alchemist, and a deranged plot to usurp the throne of the hidden realm of Shadow Falls, rival to the power of Avalon.

Can Nate avert the coming slaughter, or will he become the latest to fall in this clandestine war?